Smallholding farm is poised for growth but needs help

by India CSR Network
in Articles

Agriculture contributes nearly 18 per cent of Indian’s gross domestic product (GDP) and employs more than half of its workforce. Of the rural population, over 69 %possess or work on marginal landholdings, while and 17.1 % work on small landholdings. As per the latest Census of 2011, about 72.3% of India’s rural households work as either cultivators or agricultural labourers in the agriculture sector. However, the share of cultivators in the agriculture sector has declined from 71.9% in 1951 to 45.1% in 2011. The Economic Survey 2018 presents a grim picture of the future – it estimates that the percentage of agricultural workers of total workforce would drop to 25.7% by 2050 from 58.2% in 2001.

There is no doubt that if humanity must survive on earth then we need food, and in no way can we let agriculture or the cultivators suffer. However, the figures above point at a steady migration from agriculture to other, presumably more sustainable, means of livelihood. Low productivity and high dependence on climatic conditions have pushed more than 10 per cent of the rural farm population to non-farming activities, a good share of these are the smallholding farmers who, in want of structured procuring technological, financial and institutional support, find agriculture both unprofitable and risky.

Several mega flagship programmes, including the Pradhan Mantri Krishi Sinchayee Yojana, Soil Health Card scheme and Pradhan Mantri Fasal Bima Yojana have been introduced to improve their conditions. The recent increase in minimum support prices of several crops is also a welcome step. But does it suffice the need of the farmers? Let us look at some of their main areas of concern.

Access to irrigation to produce and markets to sell produce

In high-yield states such as Punjab and Haryana, and large states such as Maharashtra and Karnataka – access to water is a major problem as these are water-stressed regions. Farmers holding large plots can afford modern machines and pumps that leave little for the small farmers and are left to rely on rains or to buy water from nearby tube wells. The government has launched a programme, called e-Nam to improve access to markets for small farmers.

This virtual common market for trading agricultural commodities is expected to bridge the information gap between buyers and sellers and bringing transparency to the trading process. However, the major challenge to the its success is the poor literacy rate among farmers: A report by the National Commission for Enterprises in the Unorganized Sector showed that literacy rate among small and marginal farmers was 55% and 48%, respectively, lower than the national average literacy rate of 72.98% and rural literacy rate of 67.6%.

Owing to the low incomes of small and marginal farmers and the complex operating procedures of the formal lending institutions, these farmers turn to informal channels of credit for investment. In 2012, about 85% of marginal farmers were dependent on non-institutional credit markets including village landlords, traders, friends and others, who charged as high as about 100 times the formal credit markets’ rate. Nearly 82% of the small and marginal farmers in India owe debt, the most aggravating factor for prevalent despair among farmers. Government schemes such as the Farm Mechanisation Scheme and the Price Support Scheme are often perceived to be working in the interest of the big landholders who now seem to have acquired the role of the lender. More than half of the farm households are unaware of the crop insurance programmes: 24% of these farmers do not have access to the facility.

Lack of storage and warehousing facility

Post the harvest, the biggest problem the farmers face is lack of adequate storage and warehousing facilities for their produce, often leading to sell crops at a distressed price. We desperately need to ramp up the storage infrastructure not only to save the wastage of harvested produce but also to ensure supply of necessary food items at an affordable price to the consumer when needed. However, the storage facilities must be commensurate with the annual agricultural production in that state and affordable to small and marginal farmers. As appealed by the prime minister, this is one area where private firms can implement their expertise as it has a far-reaching possibility of innovation to boost performance.

The immense potential of Indian agriculture sector is poised for a major thrust and that will come only when we start considering agriculture as a business and not as a matter of entitlement.

(Rajesh Aggarwal is the Managing Director at Insecticides (India) Limited)

Disclaimer: Views expressed in this feature are entirely their own and does not necessarily reflect the views of India CSR Network and its Editor.

Copy Right/Conditions: India CSR Network does not permit other websites/agency to copy or reproduce or reprint the above article in any form/means.

Tripura to have Agro SEZ, to generate 12,000 skilled jobs 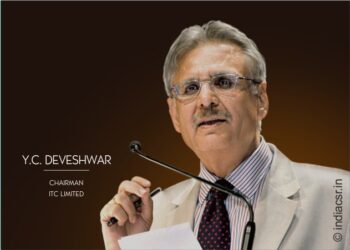 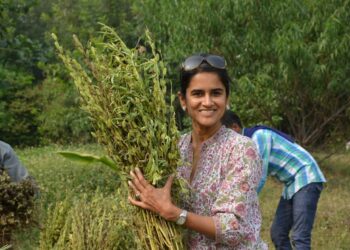