A large number of rural government schools in India have poor infrastructure, which adversely effects the education of children. To help alleviate this widespread situation, S M Sehgal Foundation (Sehgal Foundation) with the help of like‑minded donors across the globe, has undertaken a  program, Transform Lives one school at a time, which provides water and sanitation provisions (WASH), flowering plants and trees in the school compound, critical digital literacy and life skills education trainings and—for sustainability of the program features and improvements—builds the capacities of the School Management Committee (SMC) and Village Development Committee (VDC).

The evidence of interest and ownership by the community is seen in the form of the financial contributions they make for this endeavor, the number of new students enrolled, and the time the energy villagers provide by attending meetings/trainings, giving constructive suggestions, volunteering their labor, and taking on a monitoring role of the projects and results.

Between 2017 to 2020, Sehgal Foundation worked in thirty schools. Examples of initial steps toward sustainability in schools of the Alwar district of Rajasthan are significant. In the Upper Middle School of Pahal, Mundawar block, the VDC built an additional back gate to protect the new plantation and constructed a cement bench for the children with INR 25,000 collected from the community.

The VDC saved 5,000 liters of rainwater from the roof that would have flooded the compound, and directed the water to the rainwater harvesting system installed in the school. In addition, INR 50,000 was collected from the community for the future maintenance of school. Due to these improvements, 125 new students enrolled in the school.

Shri Rohtas of the Bhandwara, Umrain block VDC took the wholehearted responsibility to water and maintain the plants and trees during the Upper Middle School’s long summer and winter vacations. Due to his selfless service, he is highly regarded in his community.

After the completion of the foundation’s activities, 85 children were newly enrolled in the Upper Middle School of Taalab, Rajgarh block, and the VDC of this village collected INR 1 lakh from the community for the future maintenance of the school. The sub‑divisional magistrate (SDM) was inspired by the development work of the community and donated garden scissors for the school. Ram Gopal Meena of the village donated a grass‑cutting machine. VDC members, Kishan Avtar and Hari Mohan Sharma, provided a wooden cupboard and a notice board for the children.

The community in Thekra, Umrain block collected INR 28,350 and INR 20,000 in the form of construction material. A main gate and boundary walls were constructed with wire fencing on one wall to prevent animals from entering the school premises. After the changes, 32 new students enrolled in the school.

Behavior change in deprived communities is one of the biggest challenges to development even though it is a mandate of social agencies and government efforts. Deprived communities often become resigned to their fate due to myriad unfulfilled essential needs, long neglect, and a feeling that the status quo can only be changed by some powerful external outside force such as the government. So for the Transform Lives one school at a time program to ignite even a spark of motivation in the communities to take charge of their own well-being calls for celebration, because once people are inspired and empowered, there will be no stopping them! 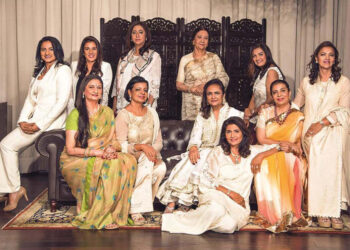 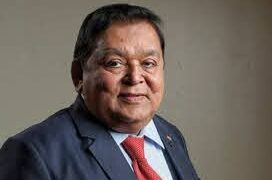