Even as the India growth story continues to grab headlines, an incisive exploration of the 200-year-old history behind the Maoist insurgency in the heart of the country questions what India’s development model really means today.

An adivasi cut down in his prime by the unholy nexus of Maoists and corrupt bureaucrats; a highly educated Maoist ideologue who died because he sought an end to the warfare that was destroying the lives of millions of adivasis; a corporate executive who sounds startlingly like an activist; and a woman, recently in the news, who withstood pain past all bearing to emerge as an authentic voice of her people. For over two years, Rohit Prasad has immersed himself in the stories of these lives and those of other stakeholders in the war over natural resources that has ravaged mineral-rich states at the heart of the country for more than three decades now.

Delving into past events that have led to the alienation and utter deprivation of the adivasi dwellers of the land, and weaving in first-person accounts of the terrible violence that has uprooted far too many lives, this sharply observed, multi-layered narrative, takes the reader deep into the world of corrupt contracters, self-serving politicians, bureaucrats, policemen and  high flying corporate executives. What is revealed is the startling primacy of greed over and above all ideological posturing.

Narrated with empathy,  and unafraid to take sides, Blood Red River is yet a clear-eyed analysis of the false dichotomies of development and offers suggestions for a new India, where the burdens are borne by those who can and the benefits enjoyed by those to whom they rightfully belong.

Author: Rohit Prasad is a professor at the Management Development Institute (MDI), Gurgaon. His academic research explores issues in the digital economy through the lens of game theory, politics, and law.

He is the co-author of The Dynamics of Spectrum Management, published by the Oxford University Press, and his research papers have been published in top international journals. He also writes regularly for financial dailies. His first popular book Start-up Sutra, published by Hachette India, focussed on the subject of entrepreneurship.

Rohit lives with his wife and two sons on the leafy campus of MDI Gurgaon, and the whole family loves the opportunity to ‘dog sit’ every now and then. 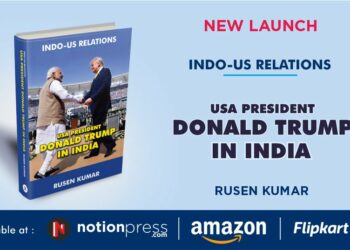 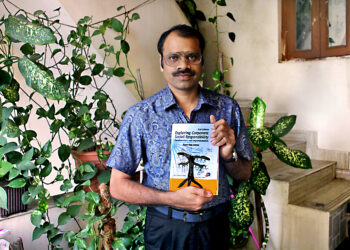