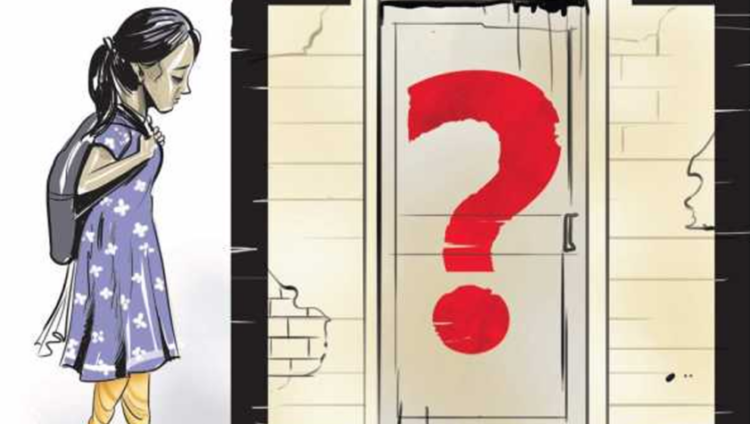 As per this well-known campaign by the Government of India, you will find every other vehicle with this slogan on its dickey or rear windshield. Indeed, it leaves a very critical message to the people who come across it. But on the other side, what about the safety of these betis or the daughters that people ‘save’ and send to the schools to get the ‘formal education’, as many of them lack proper and designated sanitation facilities.

As per the recent data shared by the GOI, a horrifying result came out reveals that over 1.9 percent of government schools in India do not have separate washroom facilities for girls. This might be a small number to see in percentage, but imagine 20,977 schools without proper sanitation facilities for girls. Almost 21,000 government schools are without female washrooms and even if 50 girls are studying at such schools, the number turns out to be at least 1,048,850 females without proper sanitation facilities for them. In addition to it, 2.67% of the government schools are without boys’ toilets. In totality, this percentage turns out to be 28,713 schools without designated male toilets.

Unfortunately, the situation worsens with the fact that basic requirements including sex education and sanitation are not taught in the majority of schools, resulting in major infections and diseases across both the genders. This is followed by menstruation, considered to be a mammoth-sized evil of impurity. It is the duty of teachers to impart the right knowledge, but yet again many of them fail at their job, owing to their lack of sense of responsibility and concern.

The alarming concern of absence of designated toilets was recently discussed in the Parliament, where all the states and union territories were advised to comply with the provision of RTE Act, 2009, stating that all the schools should have separate sanitation facilities for girls and boys. It is believed that as soon as the pandemic gets over and we regain our schools reopen, state governments will start implementing the orders as discussed in the parliament.

A Ray of Hope

Considering the menstruation cycles of girls and urinary tract infections across both the genders, it is the need of the hour to have separate and clean facilities in the schools, where young students are unaware or least informed of the changes in their bodies. While the government is continuously working on providing and promoting sanitation across such parts, it is our duty to educate the younger ones about the need for proper sanitation and hygiene in order to avoid any disorders and diseases.

The habit of proper sanitation needs to be inculcated among them, starting from their basic education and they should be made to practice the same on a daily basis to turn this into a concrete lifelong habit. Further, to promote and replicate the same at home, common safe toilets need to be built in community areas, where the head of different communities need to take charge and maintain the structures. You, as an individual, can assist by donating literature, time, and knowledge to the less-fortunate about these practices, if not money to built washrooms alone. Remember, we need to inculcate the knowledge of human functions in the kids so that they shall not get confused or scared of how their bodies and functions are changing with time.

We all should take a pledge to support those children and school those who are in dire need of such intervention. This can be through investing your time in imparting behavioral change among the school children or underprivileged children in our surrounding which can actually change half of the situation of this country by using a toilet. Further, the media shall produce more movies like “Toilet – ek Prem katha”, to improve the situation by directly impacting the masses through cinema.