For environment conservation and pollution control, state Chief Minister Bhupesh Baghel has directed to promote battery run vehicles and in this context an electric car has been procured from Energy Efficiency Services Limited (EESL). The other departments will be promoted to procure electric-cars in future, which will help to bring down pollution level.

Under National Electric Mobility Plan 2020, use of electric vehicles is being promoted among common people. CREDA has procured from Mahindra 5 electric-auto-rickshaws which is being utilised in the ‘CREDA Reneweable Energy Gardens’ in different prominent cities.

The EESL has provided the vehicles in condition of free maintenance for 5 years. Similarly, solar energy charging stations have been planned in the state which will charge the battery run vehicles.

EESL officers intimated that at one charging the vehicle can cover around 140 kilometres, which saves around 7 to 10 litres of fuel.

A vehicle in fast charging station for full charge takes around 80 minutes consuming 16 units of power. Thus the expense for the vehicle is just 90 paise per kilometre.

It thus saves around Rs 1.5 lakh per year. Additional to it, the e-vehicle if travels 1 lakh kilometres it saves 10 tonne carbon dioxide release which requires around 500 trees to absorb it.

So it is favourable for environment conservation. 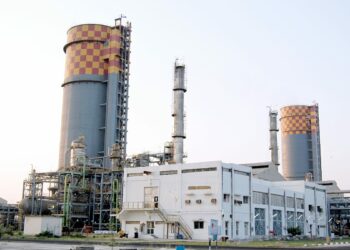 Fujifilm India Private Limited, a pioneer in imaging technologies, along with Parwarish Cares Foundation introduces back the...