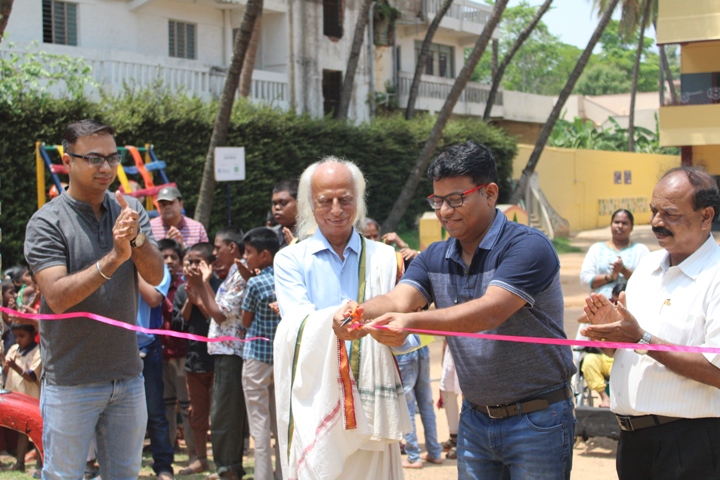 The earlier playground in Shree Ramana Maharishi Academy was in a dilapidated condition to the needs of specially-abled children. In conjunction with Liferay employees, Anthill Creations helped in creating playground that links complementary activities. To create a feeling of familiarity among children, the playground equipment has been designed in the shape of common and recognizable objects. There are loose parts on the playground to facilitate imaginative play. The playground has accessible surfacing and sufficient space for manoeuvring. There is an optimum balance between the amount of elevated and ground level equipment such as ramps and transfer systems.

Manish Gupta – Director of Liferay India said, “All children deserve a happy and carefree childhood. By creating a sensory playscape at the Shree Ramana Maharishi Academy we’ve ensured visually impaired children, despite their disadvantages, enjoy their childhood playing in structures especially built for their needs.

“The new playground is allowing them to do both without being closely supervised and with no fear of injury. We look forward to continued contribution from Liferay so that we can sustain the momentum of this journey” said secretary SRMAB