MUMBAI: The nation’s largest lender State Bank of India (SBI) has created a separate company, SBI Foundation, to carry out its massive CSR initiatives and hopes to get it ‘running’ from July.

“We have been spending over 1 per cent of our profit on CSR even before the new law on corporate social responsibility (CSR), mandating every company to spend 2 per cent of its profit on such activities, came into effect. This is despite the fact that we are not legally bound to do so as we are not governed by the Companies Act.

“So, to streamline our CSR activities and better target our efforts, we’ve decided to create a new company called SBI Foundation. We hope to get the foundation running from July 1” general manager in-charge of CSR and change management at SBI, Vinod Pande told PTI.

Pande said the SBI Foundation has already been registered under Section 8 of the Companies Act, 2013, which applies to non-profit companies or organisations and will be headquartered in Mumbai.

The foundation has already taken an office in the 22-storey Air India Tower in the city, where the bank has taken four floors.

When asked about management structure of the foundation, he said the bank chairperson Arundhati Bhattacharya will be the chairman of the foundation and will have a full-time managing director and chief executive.

The State Bank and its five associate banks are registered under a separate Act of Parliament, the SBI Act.

Pande said once the foundation is registered and starts working, SBI and its five associates banks as well its arms will carry out their CSR work via the foundation. Pande said he expects that the total outgo from the group will be more than Rs 200 crore this fiscal.

Except the associate banks, all of these subsidiaries will have to spend 2 per cent of their profits on CSR as they are governed by the Companies Act, he said, adding that the bank has already received approval from the Reserve Bank for setting up the company. 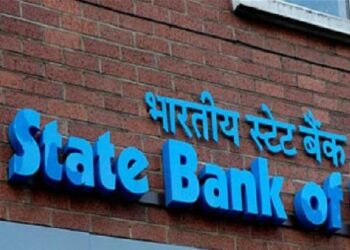