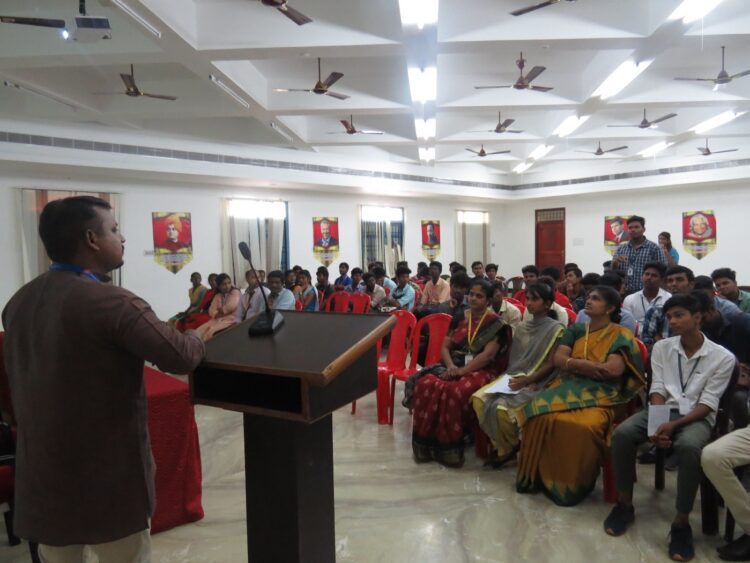 Chennai – Oasis India initiated ‘She is Priceless’ campaign, a public engagement initiative to inform, influence and mobilise support against abuse and human trafficking.

The campaign is undertaken by conducting several awareness programmes in schools, colleges and corporates.

Evangaline Grace, English Trainer and Safe-Guarding Officer at Oasis, spoke about the reasons, causes, precautions and fighting against trafficking and benefitted over 75 children from this session.

Prakash A, Community Based Organiser, conducted another session for the department of Bachelor in Social Work of Thiruthangal Nadar Arts and Science College, Chennai and addressed over 100 students in the session.

It was emphasised to be aware and become inclusive along with the Government on the potential risks involved in this heinous crime and identify the signs of those vulnerable in the society to be lured in this social evil.