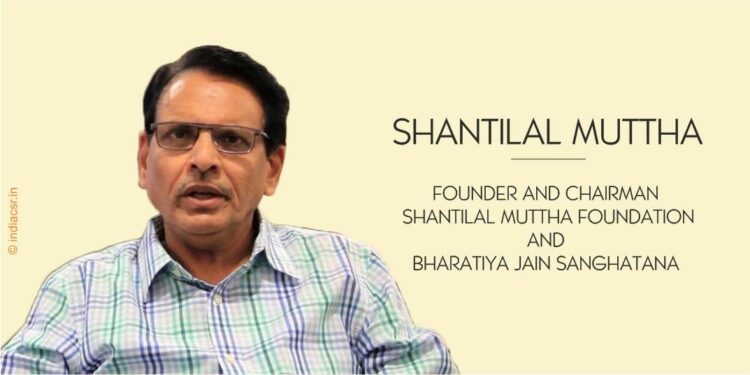 Soon after the nationwide lockdown was declared, Bharatiya Jain Sanghatana (BJS) swung into action from 1st April 2020 to focus on the early detection and assessment of patients to reduce the COVID-19 transmission rate. Amongst other initiatives, BJS significantly contributed to successfully mitigate the spread of COVID-19 in Dharavi & Malegaon, the two hotspots in Maharashtra. With some noteworthy achievements, BJS continues to work towards curbing the spread while bringing about an adaptive change in people’s behaviors and preparing them for the new normal. Excerpts of an interview:

Tell us about yourself and your journey.

I was born in 1954 in a small town in Beed district in Maharashtra. Before devoting myself full time to work for social reform and public welfare through Bharatiya Jain Sanghatana (BJS) and Shantilal Muttha Foundation (SMF), I was successfully running the Muttha Group in Pune. Early on in life, I came across several social issues and somewhere had this inner calling to contribute to society which encouraged me to start out on my own in the social sector. It was then that I founded BJS and SMF and ever since, we have worked towards several noteworthy causes including dowry, female foeticide and extravagant wedding expenses. Some of the key highlights of our journey in the development sector include establishment of Mulyavardhan, a first of its kind value education system across 68,196 schools and approved by the Governments of Maharashtra, Gujarat and Goa; construction of 368 semi-permanent schools in 90 days; increased water storage capacity upto 95 million litres in 7 districts; educational rehabilitation of 6,000 children; and many more such initiatives in the past four decades.

Bharatiya Jain Sanghatana (BJS) was established in 1985 in Pune to focus in the sectors of Disaster Response, Education and Social Development, and strive to bring professionalism in these sectors to maximise the impact within the same quantum of resources. The approach and methodology adopted by BJS in each of its projects starts with delivering change at the grassroot level through structured planning and execution by a diverse and experienced team. BJS strives to bridge the gap between the needs of the grassroot level beneficiaries and policy makers thus aligning agendas and has been successful in doing so for a variety of projects. The underpinning structure of BJS’s success in the sector has been the intrinsically driven set of volunteers spread across more than 10 states. BJS has provided disaster response management support in all major disasters since 1993, right upto the COVID-19 pandemic that has currently plagued the world.

What are the initiatives being taken by BJS during covid?

BJS has been involved in augmenting the administration’s efforts since the early stages of COVID-19 in India, starting with a Blood Donation Drive conducted from 25th March 2020 wherein blood bags in excess of 13,000 were handed over to the administration.

The ‘Doctor at your doorstep’ Mobile Dispensary Seva was started from 1st April 2020 to provide health support to citizens during the lockdown with prime focus on early detection of COVID-19 patients and doorstep health assistance with free medicine distribution to those in need.  Along with Pune, Mumbai and Thane, the program was implemented in 30 districts in Maharashtra, Tamil Nadu, Karnataka and Gujarat.

On 22nd June 2020, BJS’s ‘Mission Zero’ was launched in Mumbai and it has now been extended to several other cities, through which BJS has been working in containment zones and hotspots to conduct antigen tests of citizens and raise public awareness regarding COVID-19. BJS has till date conducted more than 1,75,000 antigen tests, out of which about 18,000 COVID-19 patients have been identified.

BJS conducted the sero surveillance study in Aurangabad, Maharashtra with the help of Aurangabad Medical College and Aurangabad Municipal Corporation, and is now in the process of starting them in several other cities.

Besides these initiatives, BJS also turned its Wagholi Educational Rehabilitation Centre (WERC) in Pune in a 1000 bed quarantine centre and handed it over to the District Collector in March 2020, and has been involved in setting up the COVID Care Centre in VimanNagar, Pune which also has a 1000 bed capacity.

Tell us about BJS’ success in mitigating the spread of Covid in Dharavi & Malegaon.

BJS assisted Municipal Corporation of Greater Mumbai’s (MCGM) efforts in Dharavi, Asia’s largest slum spread over 613 hectares with a population of over 6.5 lakhs, which had turned into a COVID-19 hotspot, making it a critical agenda for the administration. BJS initiated its activities in Dharavi in May 2020, when the COVID-19 spread here was at its peak; BJS deployed 11 mobile dispensaries, conducted more than 80,000 health check-ups, distributed medicines and helped identify COVID-19 suspects. MCGM’s dedicated efforts along with BJS’s assistance led to a complete turnaround in Dharavi, and the COVID-19 mitigation efforts were even recognized by the World Health Organization (WHO).

Similarly, BJS helped the Malegaon Municipal Corporation (MMC) to aggressively bring the situation in Malegaon under control and successfully flatten the curve within 2 months.

What was the impact of BJS Mobile Dispensary Seva?

The nationwide lockdown in India created its own challenges, specifically healthcare assistance for citizens and comorbid patients. With this in foresight, BJS introduced the ‘Doctor at your doorstep’ Mobile Dispensary Seva (MDS) in Pune & Pimpri-Chinchwad and replicated the model in several other cities. An impact assessment study conducted in Pune to analyse the impact of BJS’s intervention demonstrated that the Case Fatality Ratio (CFR) can be brought to under 0.5% through early detection, which is in sharp contrast to Maharashtra’s CFR which is more than 3% today. So far, more than 20 lakh citizens across more than 40 cities have been screened through BJS’s Mobile Dispensary Seva and Mission Zero initiatives.

What’s notable is also the fact how BJS has continued its drought response initiative ‘Sujalam Sufalam’ in 7 districts of Maharashtra & Karnataka despite the ongoing pandemic. For this, it recently received the National Award of Excellence from the Jalshakti Mantralaya, Government of India in August 2020.

How helpful is early and extensive screening?

Aggressive screening followed by requisite testing and isolation plays a vital role in limiting the number of cases and the spread of the virus. Early detection of COVID-19 is significantly necessary for a country like India to contain the spread of COVID-19. Each of BJS’s COVID-19 initiatives have been carefully planned, strategically implemented and closely monitored to ensure maximum impact and provide support to the Government at every stage as per the pressing need of the hour.

What are the next steps being taken by BJS for covid-19?

Moving ahead, BJS intends to take forward all of its initiatives by scaling them up in terms of their reach and operations and replicating them across various areas in India. BJS has always played a supporting role to the administrations and would continue to do so in the future.

Through its Mission Zero initiative, BJS is targeting to aggressively scale up the number of antigen tests conducted daily, which will help in early detection of COVID-19 patients. Given the need of the hour, BJS has planned to undertake the biggest plasma collection drive in the country by identifying 5,000 plasma donors. In addition to those done in Aurangabad and Malegaon, sero surveillance studies are being planned in other cities of Maharashtra to estimate antibody levels for measuring population immunity in these cities.

An important aspect in order to contain the COVID-19 pandemic is to bring about an adaptive change in people’s behaviours and prepare them for the new normal. BJS has been working closely with several Urban Local Bodies in creating citizen awareness, debunking myths and reducing stigma through digital, print and outdoor COVID-19 campaigns. Likewise the ‘Corona Se Do Hath’ interaction series will also augment these efforts to improve citizen awareness. 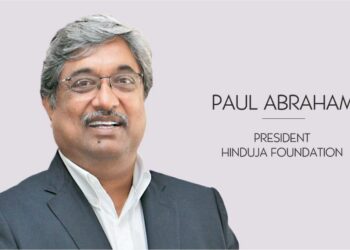 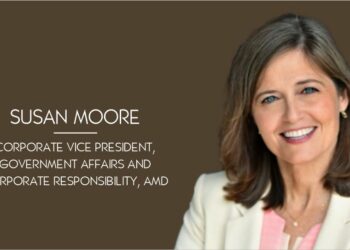