NEW DELHI: Anurag Singh Thakur, Member of Parliament in the Lok Sabha, and National President of the Bharatiya Janta Yuva Morcha (BJYM), the youth wing of the BJP, today launched a nation-wide campaign, Honour Our Women (H.O.W. Foundation), that transcends all political barriers to unite on one platform the laudable individual efforts of various civil society groups, NGOs, student bodies, government representatives, politicians, media, corporates and individuals, and to work collectively and constructively towards charting out a concrete set of steps and future course of action for promising and securing empowerment, safety respect and honour for our women.

The campaign will work on the streets and in schools and colleges in every state capital across India, to bring a change ground-up by sensitizing men on respecting women.

Launching the initiative, MP (LS) Anurag Singh Thakur said, “The HOW initiative is a befitting tribute to one woman who lost her life, but awakened a million others. A year back, when thousands of men and women took to the streets in protest, they weren’t just demanding justice for Nirbhaya – they also wanted a guarantee that there will not be any more Nirbhaya cases ever again.

But despite new laws and all the policing, cases of rape and crime against women only seem to be on the rise. In wake of the growing public pressure, the measures taken under the current system have put a heavy skew only on legislative and judicial interventions without looking at the social fabric of the society.

This legislative approach needs to be complemented with a direct grassroots approach to get men to speak up and convince other men to join hands in Honouring Our Women through concrete action.”

“Each day lost in stopping perpetration of crime against women exacerbates the colossal damage we do to our society. Besides violating a woman’s fundamental right to freedom, each rape erodes trust in our society and portrays India as intolerant to the rest of the world. In a vast and diverse country like India, just stronger law enforcement and faster justice by themselves will remain incomplete and unsuccessful unless we also bring in a mass-scale sociological and psychological change from within.

HOW is a campaign that aims to shoulder this responsibility to bring about this change in mind sets and attitudes of men towards women, on a truly scalable basis. In the first year itself, we are aiming to mobilize sensitization and support in over 1000 schools and colleges in every state across the country,” added Mr. Thakur.

The HOW Foundation launch conference brought together eminent men from various walks of life including politics, journalism, government and cinema, to pledge their commitment to the HOW campaign, and to discuss effective measures of bringing this change in male mind set to honour women and on ways to spread the message across our personal and professional lives.

People should change themselves and deeply believe in equality: Dr Nandita Gandhi 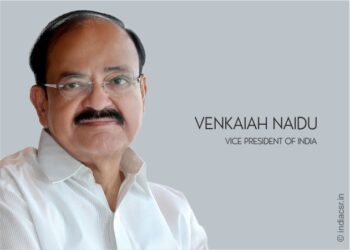 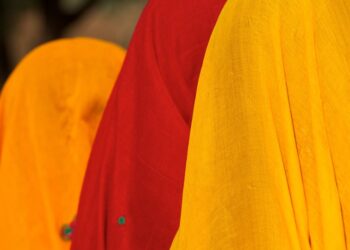