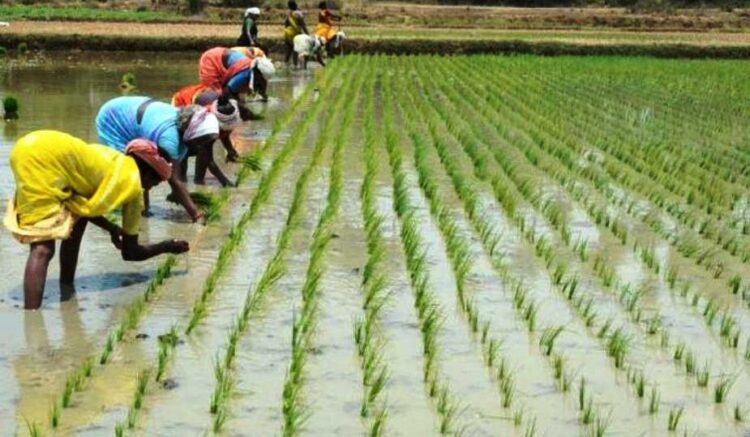 The available statistics amplify the potential of India’s agriculture sector to aid fiscal growth. However, adherence to a traditional approach and unscientific farming methods still loom large over the agricultural space. The forthcoming budget, thus, is a window for the policymakers to actively identify and poise volumetric targets with sustainability while moving up the value chain to enhance farmer and national income.

Improvement in agricultural productivity through micro-irrigation

As of 2020, out of the 141 million hectares of cultivated land, 51% of the land is under irrigation and within this only about 16% (11 million hectares) have access to modern irrigation technology. The government data suggest that in the year 2019-20, only 11.72 lakh hectare has been covered under micro-irrigation.

The current target is to popularize the use of micro-irrigation technology by covering additional 10 million hectares of land in 5 years. To achieve this ambitious target and contribute towards making Indian agriculture self-reliant, it becomes imperative that the government emplaces a mechanism to ensure the smooth flow of funds, thereby ensuring their adequate utilization by the end beneficiary.

The financial strain caused by the COVID-19 pandemic has left many states across the country to slash the budget for micro-irrigation. The policymakers should consider supporting the states through an additional corpus of funds either by direct special assistance program or increasing the existing Micro Irrigation Fund (MIF) set up under NABARD to facilitate the states in mobilizing resources for expanding coverage of micro-irrigation.

The delays in the disbursal of micro-irrigation subsidies under the PMKSY program are hampering its progress. Online portal for an end-to-end process execution and visibility, transparency in the process for fund disbursement, ensuring checkpoints at various stages and adherence to timelines would bring the efficiency in subsidy disbursal and support farmers to be debt-free in a faster way. SOPs to map the district-wise annual progress and penetration of micro-irrigation would act as an instrumental measure.

Water budgeting for the entire village could be created under the model village program and executing District Irrigation Plans (DIP) to push PMKSY goals at the district level would work in advantage. The installation of micro-irrigation could be geo-tagged to get real-time data annually. All these measures would assist to ensure faster transmission of funds to the beneficiaries.

Infrastructure status would help the micro-irrigation manufacturer (95% of which comes under MSME) in reduced operating costs, thereby accelerating the industry growth as well as bring the equipment cost down for the farmer community.

Aligning different schemes together for exponential benefit – Solar and Micro-irrigation, Agriculture alongside Solar installations, and others

Diversification programs to increase productivity and value in different crops like oilseeds, oil palm and rice with a special focus

12 percent of the cropped area under Fruits & Vegetables (F&V) leads to 24 percent in value terms, in contrast to 13 percent area under oilseeds which gives only 6 percent in value terms because of lack of scalability. Addressing the domestic demand of edible oils, it is inevitable to promote domestic oilseeds and oil palm cultivation with higher productivity measures. Similarly, rice which has been the major crop both in terms of area coverage and water usage can be disrupted through drip technology intervention which can improve yield, save water and reduce carbon emissions.

Drip irrigation adoption also facilitates crop diversification thus making a direct impact on farmer incomes. Incentivization of cultivation of such crops and accentuating the same with precision technology like micro-irrigation can lead to both income gains for farmers and self-sustenance for India.

Focus on creating infrastructures to support innovation and digitalization in Agriculture

Special focus and fund allocation in the upcoming budget for infrastructure in rural areas would support the digitalization of agriculture and put the agriculture sector on the fast track. Currently, India is spending less than 1% of Agri GDP in R&D. An Agri innovation fund, which supports ag-tech solutions, start-ups and digitalization at different levels of the Agri value chain, can transform the agriculture economy in the future

Access to credit remains one of the critical elements in a sustainable and more importantly a growing ecosystem. Interest subsidy on agriculture for long term loans to help farmers with long-term investment on farming and micro-irrigation equipment, or infrastructure creation related to farming can goes a long way in building a sustainable development model in agriculture. Credit Guarantee Fund Scheme for adopting micro irrigation similar to CGTMSE for MSMEs will be helpful where initial support can be provided by the government. 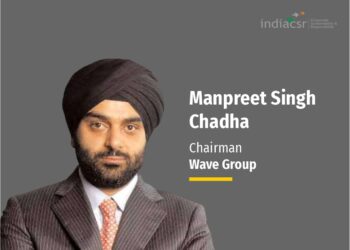 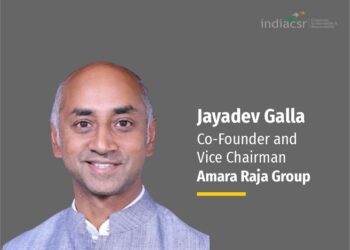 CSR: Amara Raja Group announces inoculation drive for all its employees and their families