It has reported that the best of what passes off as CSR is no more than corporate philanthropy, often carried out unimaginatively, uncritically and in an atmosphere of distrust-‘what are they doing with our money?!’  Philanthropy, if done creatively, can indeed be path-finding.

However, one ought to also be mindful of the larger environment that breeds inequities and necessitates philanthropy, and what corporations can do to factor that in the course of making profits, the source of all corporate philanthropy.

On that, I can do no better than quote Martin Luther King, Jr., “Philanthropy is commendable, but it must not cause the philanthropist to overlook the circumstances of economic injustice which make philanthropy necessary.”

Unfortunately, the large, ugly rear of CSR is brought in by unabashed window dressers—give an inch in cash or kind and make a mile by way of publicity. In most cases, companies take up welfare activities in villages or slums near their plants – ‘adopt a village’, as if villages were no more than abandoned orphans – as a token of welfare for the families of their workers.

This scarcely concealed exercise in improving industrial relations is then passed off as CSR, a phrase that includes the profound sub-phrase, ‘social responsibility’. Directors and visiting dignitaries are proudly shown around the ‘adopted villages’.

Grand power point presentations and video clips put together by well paid professional PR firms are made in the show-and-tell events hosted by fawning industry associations. And who overseas these village adoption programmes? Some lowly paid, poorly motivated welfare staffer in the Personnel Department!

A little rearrangement of words in the phrase CSR produces another – SRC or ‘Socially Responsible Corporation’. Now that would be something to strive for, to be proud of! To be meaningful, the word ‘responsibility’ needs to be incorporated in the way corporate affairs are carried out.

Responsibility is much more than merely abiding by the ‘letter of the law’ even as one compromises its spirit by searching for and making full use of the myriad loopholes that exist in any and every law! Responsibility stems from a view one has about oneself, an enlightened sensitivity of the context one is a part of.

A SRC would conduct itself in ways that maximizes the larger social good. It would factor concerns about the greater good, the well-being of society at large, present and future, in the way it conducts its business. It would not be focused solely on the single bottom line of profit, but would strive to incorporate, with equal vigour, other bottom lines, such as people and the planet.

It would operate in the spirit of vasudhaiv kutumbakam – the whole universe is my family; the spirit of trusteeship that Gandhiji spoke about so eloquently. Such a corporation would not need to organise CSR as an add-on. And it would surely not need to indulge in ‘show and tell’ – our world is quite discerning.

Is this Utopian? Well, it is about as Utopian as a Jamshedji Tata’s dream to set up engineering and metallurgical industries to modernize India – some 150 years ago! Surely, there must have been equally or more profitable and less risky – and less Utopian – ventures that he could have put his money and business savvy in.

And having taken up such an improbable – Utopian? – venture, Jamshedji spent all his creative energies in planning the township of Jamshedpur, which even today is considered an unique example in all of Asia. And the companies he built had employee welfare systems that later became the basis of our public laws on the theme.

A more contemporary example narrated to me by a self-made business leader in the pharmaceutical sector may be more convincing. While profitable overall, his firm was losing money in making drugs to cure TB thanks to the government’s pricing policy. “What should we do?” he asked his wife.

She said, “We are not starving, are we? Think of the millions who would suffer and die if you stop making the anti-TB drug”. His firm continued to make the drug, and profitably in due course, by adopting newer technology and enhancing productivity. I am sure there are many such examples of SRCs we do not know about in all the noise about CSR today. No, it is not Utopian to create SRCs; all that is needed is a bit of balance between need and greed.

Tags: Corporate PhilanthropyCSR is no more than corporate philanthropyDeep Joshi

Do you really believe that media campaign is a CSR ?

Budgeting- How it helps in Investment Planning?

7 Reasons Why Smartphone Can Make Your Life Easier 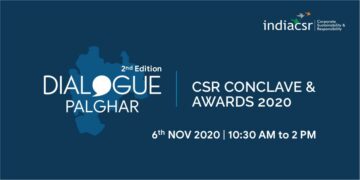 Do you really believe that media campaign is a CSR ?