Economic Times reported that Wipro’s Azim Premji is set to give some competition to two of the world’s most richest and most active philanthropists – Bill Gates and Warren Buffett. The Azim Premji Foundation will spend Rs 10,000 crore for setting up schools and educational institutes across the country, the foundation’s CEO, Dilip Ranjekar, announced in Latur on Wednesday.

He said that two model schools would be built in each district, including Latur. “We aim to churn out good teachers, who will nurture best students in the country. We are investing our money in the field of education as the present system focuses on only marks and not ability of students,” he said, adding that merit would be the sole criteria for admissions to institutes built by the foundation.

Ranjekar said that Buffett and Gates had pledged a staggering amount of money for the improvement of the education sector worldwide, and the Azim Premji Foundation would seek to do the same. Some of the institutes that the organisation plans to set up will offer post-graduate courses, including management .

While discussing the needs of an efficient educational system, Ranjekar pointed out the diminishing gaps between two generations. “Time is changing so fast that the generation gap, which was once considered a good 30 years, is now just three years. If we don’t understand the needs of today’s youth, we will face huge problems in future,” he said. He also stressed on the urgency to understand the interaction among the youth.

Ranjekar feels “injustice, inequality and discordance” are the three major issues the world faces. He said that only 1 per cent of the world’s population had 40 per cent of the wealth. “In our country, we get shoes in an AC showroom and vegetables on roadsides near drains,” he said, adding that the youth was indifferent and self-centered .

He revealed that in India, there are 13 lakh schools, 25 crore students and 60 lakh teachers. “One teacher has to teach many subjects, which dissolves the interest of the students as well as the teacher. We need to build a system that will churn out teachers,” he said.

Last year, Microsoft co-founder Bill Gates and billionaire investor Warren Buffett announced a campaign to get other American billionaires to give at least 50 per cent of their wealth to charity. More than 50 Americans, including Facebook’s Mark Zuckerberg, have signed up for the campaign, called ‘The Giving Pledge’ .

Gates and Buffett- with an estimated net worth of $56 billion and $50 billion, respectively – have extended the initiative to India and China. Last month, the two met Indian industrialists and tycoons and urged them to take the pledge. Gates has been active in philanthropy through the Bill & Melinda Gates Foundation. In 2006, Buffett announced that he would spend 99 per cent of his wealth on philanthropy. 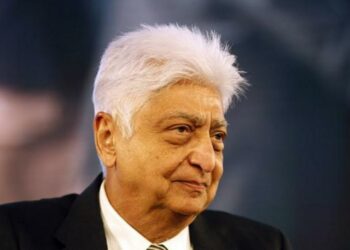 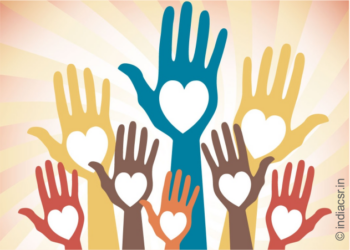