NAIROBI: As global air quality declines, threatening to add to the seven million people air pollution kills each year, increased action in some air quality areas points to political will to tackle this “global public health emergency”, according to reports released today at the second United Nations Environment Assembly (UNEA-2).

According to the World Health Organization (WHO), global urban air pollution levels increased by 8 per cent between 2008 and 2013. More than 80 per cent of people living in urban areas that monitor air pollution are exposed to air quality levels that exceed WHO limits, threatening lives, productivity and economies.

However, Actions on Air Quality, a report by the United Nations Environment Programme (UNEP), found improvements in areas such as access to cleaner cooking fuels and stoves, renewables, fuel sulphur content and public transport – pointing to a growing momentum for change.

United Nations Environment Programme Executive Director, Achim Steiner, said, “A healthy environment is essential to healthy people and our aspirations for a better world under the 2030 Agenda for Sustainable Development.

“We are indeed making progress on air pollution, but the fact remains that many people are still breathing air outside of World Health Organization standards. The health, social and economic costs are massive and rising. UNEP’s study on ten areas for policy intervention provides a roadmap for countries to follow as they look to reduce air pollution, and we will support them every step of the way.”, he added.

For example, 97 countries have increased the percentage of households that have access to cleaner burning fuels to more than than 85 per cent – a key move to tackle indoor air pollution, which claims over half the seven million lives.

At least 82 countries out of 194 analyzed have incentives that promote investment in renewable energy production, cleaner production, energy efficiency and/or pollution control equipment. Last year, for the first time, renewables accounted for a majority of the new electricity-generating capacity added around the world, at an investment of $286 billion, according to research by UNEP, Bloomberg and the Frankfurt School.

However, action in other areas is less impressive. Policies and standards on clean fuels and vehicles could reduce emissions by 90 per cent, but only 29 per cent of countries worldwide have adopted Euro 4 emissions standards or above. Meanwhile, less than 20 per cent of countries regulate open waste burning, which is a leading cause of air pollution.

A second report released today, which looks at attempts to control Beijing’s air pollution over a 15-year period, also finds steady improvements are being made. A Review of Air Pollution Control in Beijing: 1998-2013 analyzed measures implemented since Beijing began launching air pollution control programmes, which saw a steady downward trend in the concentrations of many harmful pollutants.

In 2014, the international community, at the first UNEA, asked UNEP to support global efforts to improve air quality. UNEP has launched several programmes, including an initiative to develop a low-cost sensor that can be used across the developing world to track and address pollution hotspots.

Actions on Air Quality, part of UNEP’s push, focuses on ten basic measures to improve air quality. It shows that the majority of countries world-wide are still to adopt the top-ten air quality policy actions, but highlights many good examples that can be followed.

The Beijing analysis, carried out by UNEP and the Beijing Municipal Environmental Protection Bureau, found that carbon monoxide and sulphur levels are now below limits set by China’s National Ambient Air Quality Standards, while nitrogen dioxide and particulate matter ten levels are also creeping closer to the standards.

“Even though the air pollution control programmes in Beijing have made substantial progress, the environment quality is far from satisfactory,” said Chen Tian, Director General of the Beijing Municipal Environmental Protection Bureau. “We will continue to explore approaches that could work effectively for improving the environment in this region.” 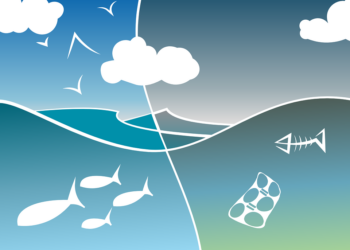