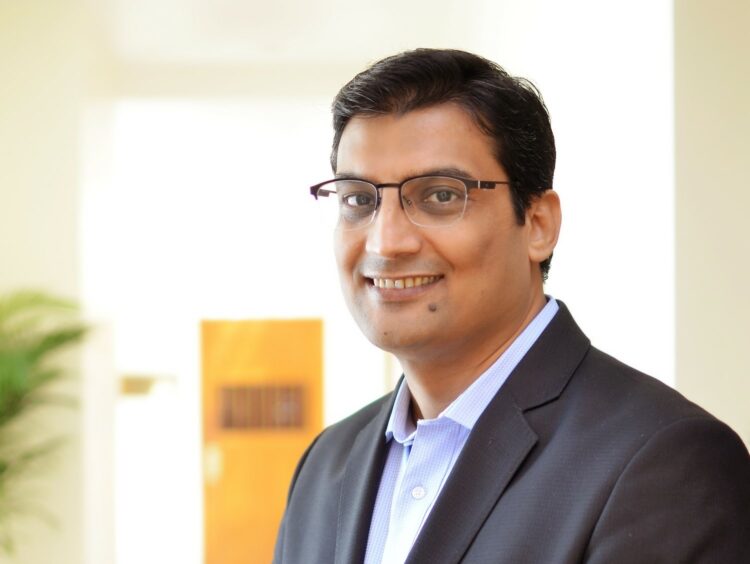 July was characterized by a flattening of economic activity as the continuous improvement off April lows appears to have plateaued. This trend is also visible in other major economies, especially the US. Fading-off of pent-up demand, continued surge in virus infections, and cautious consumers and businesses are probably leading to this. Delayed return to normalcy has been our key worry in the recent past. Yet the markets were anything but worried with the Nifty surging over 7.5% in July. The ongoing results season pointed to corporate pain even as cost control and lower moratorium books for banks came as silver lining. Markets have taken comfort that the breadth of earnings downgrades has climaxed, and some stocks are seeing upgrades incrementally.

The primary factor behind the rise in all assets ranging from equities to bonds to precious metals has been a record surge in global money supply growth. US is leading the charge with a mid-20s growth, the highest on record since 1960. Unlike the initial rounds of QE post the 2008 crisis, when liquidity largely went into strengthening bank balance sheets, credit guarantees and fiscal stimulus have ensured broad money expansion now. While India has been much more constrained fiscally, it is still seeing a surge in money supply largely due to the balance of payment situation. Current account surplus along with improving capital flows have led to massive accretion in the central bank’s foreign exchange assets. As a result, the RBI’s balance sheet has expanded to 27% of GDP, not materially lower than the roughly 33% for the US Fed. M3 growth in India is over 12% now, much ahead of the negative nominal GDP growth.

In a normal situation, the surge in money supply would have gone into inflating the economy. However, given that economies are not fully open yet, money velocity has collapsed, and a large part is finding its way into asset price inflation. This is leading to the disconnect between real economy and financial markets. Yet at some level, reflexivity may help, and financial market performance can potentially positively impact the real economy. Equity raises have risen meaningfully for example, as have debt raises. This has helped limit the damage despite one of the sharpest drops in economic growth. Bankruptcies have been prevented and financial stability has been ensured, thanks to the abundant liquidity.

However, the magnitude of benefit to the real economy will depend on the virus situation and the extent to which the economy is open both officially but more importantly in terms of actual people behaviour. A fiscal stimulus will help better channelize the money supply into the economy too, but even the timing of that may depend on the successful control of the virus. Stimulus in a partially open economy may not create the right impact. That the virus has now reached the so far lesser affected areas, like Tier 2 and 3 cities, is worrying. At some level, the government can only help curb the virus to an extent. Eventually it must become a people’s movement where citizens, communities and businesses play a larger role. Private sector’s pursuit for profit cannot be without keeping employees, along with other stakeholders, in mind. Healthcare and reskilling should become central to business leaders’ agenda.

Even if the surge in broad money succeeds in inflating the economy eventually, historically such episodes have quickly led to overheating. The short cycles of capital flow driven boom and bust in India are all too familiar to us. We must make this expansion more sustained through adequate capacity creation for enhanced absorption of this capital. The supply side measures undertaken by the government in the crisis so far are in right direction. Aatma Nirbhar Bharat and associated policy changes should focus on creating industries of scale. We should take this opportunity to reimagine our financial sector- reforming public sector banks, development of corporate bond markets, securitization market, alternative funding mechanisms like AIFs and building developmental institutions to name a few. Infrastructure creation, judicial, regulatory, and administrative reforms, and using technology to power our transformation is critical. And so is structural reform on issues of education, healthcare, and reskilling. The global environment is evolving in a way that we increasingly look like being at the right place, at the right time. We must not squander this opportunity.

Yet in the near term, liquidity has led to markets significantly outpacing the economic improvement. Heightened retail activity indicates a degree of frenzy and lends markets vulnerable. Valuations on price-to-earnings (P/E) multiples appear stretched too. However, in past episodes of stretched valuations such as 2007-08, corporate profits to GDP were at multi- year highs while they are at multi-decade lows now. Therefore, peak multiples were being applied to peak earnings then versus high multiples on trough earnings now. The other difference is that global interest rates are near zero now versus say over 4% on US 10 year yields then. The narrative on valuations globally has changed from looking at P/Es to looking at equity risk premiums (ERPs) in the context of low yields. The related asset price inflation has been a key consequence of the unconventional monetary policy (UMP) pursued by global central banks over the past decade.

The other unintended consequence of UMP has been an increase in unproductive deadweight in the economy globally. Zero rates and quantitative easing easily lead to capital misallocation. Companies that are unproductive and, in most cases, insolvent and should have otherwise wound down are continuing to operate thanks to the easy availability of low-cost credit, leading to the rise of so-called Zombie firms. These Zombies and corresponding unproductive capacity put pressure on the pricing power of other sound firms in the industry. Similarly, while these firms optically lower unemployment by employing labour, wages stay anaemic given low productivity. This is one reason why fall in unemployment in the US in the past decade was not accompanied by commensurate wage inflation. Thus, the problems of disinflation and low productivity that the central banks have been fighting in the first place get accentuated.

Combination of low wage growth and asset price inflation leads to increase in inequality. By many measures global income disparity is at multi-decade highs. We continue to believe that monetary policy globally has hit its limit and fiscal policy will have to do the heavy lifting hereon. Some version of universal basic income and creating blue collared jobs through increased infra spends, pushing up aggregate demand should eventually be reflationary. US Presidential Elections are only three months away. A democratic sweep will increase the likelihood of redistributive policies such as increase in minimum wages, higher taxes on the rich and higher fiscal spends.

The EU too announced a large recovery fund which was unprecedented and points to greater fiscal cohesion between member nations. Having done a relatively better job on controlling the virus and with greater monetary-fiscal coordination, EU could well turn out to be a dark horse in the new multi-polar world dominated by US-China headlines! The Euro has already surged post the fiscal deal announcement. On the other hand, prospects of better growth elsewhere and continued monetary accommodation in the wake of surging Coronavirus cases in the US have led to sharp depreciation in the dollar. Dollar weakness has historically been good for Emerging Markets and commodities and can strengthen the reflationary effects of the unprecedented monetary and fiscal stimulus globally.

For India, the immediate priority is to control the virus. We must revive demand through decisive fiscal measures. While we look to rationalize expenditure and boost revenue through formalization, growth acceleration remains central to improving our government debt profile. Should debt ratios continue to turn ugly, we may run out of firepower to counter the next shock. A credible boost to growth is the only way out. Additionally, versus continued moratorium extension, a one-time restructuring is the need of the hour. Hasten to add, we must keep an eye on hard-earned gains on credit culture. While creative destruction is essential, sound firms must be saved. With profits as proportion of GDP dwindling, creating sustained economic growth will require large profit pools as well. For it is these profit pools that will help fund innovation, investment, and employment to sustain the economy, while creating scale to compete in the global marketplace. This will also be important as the social welfare agenda needs resources too. At a time when governments are assuming larger roles in the West, the policy prescription for India may just be the opposite.

On debt, while the juiciest period for government bonds is behind, there still is room for term premiums to contract. Credit spreads for better rated corporates have shrunk and there is room for better transmission once uncertainty fades. On equities, while mean reversion in corporate profits is key to equity market performance in the medium term, liquidity rules supreme in the near term. Yet risks like retail frenzy, plateauing economic activity, and a potential fiscal cliff in the US and uncertainty around Presidential elections are real. We stay bottom up- the unprecedented crisis will have profound impact on the complexion of winners and losers of tomorrow and identifying them early amidst this chaos will be the biggest driver of alpha.