India on Development Path to Next Orbit

by India CSR Network
in News
Share on FacebookShare on Twitter
By Dr Rana Singh
The mood and sentiments of the Industrialists in India as well as other foreign investors is very upbeat. The Industrialists of India and foreign investors are very very confident and convinced about the dynamic leadership qualities of the incumbent prime minister and are willing to invest huge quantum of funds in different industrial sectors.
The Honourable Prime Minister has announced various ambitious programmes to enhance the growth rate of the economy and the pace of industrialization. He has also announced various plans to enhance the employability of Indian youth which he rightly says that they are likely to be the future of the Indian economy in the times to come.
The ambitious program of Make in India has started producing results from different parts of the world as various international investors have already started showing keen and sincere interest to invest in Indian economy. The economy is now very focused under the expert hands of competent and experienced professionals from respective domain areas. The erstwhile planning commission has taken new shape and dimension and is working at a very fast pace to transform the Indian economy.
The new government is focused at inclusive, participative and collaborative growth of the country in consultation, partnership and collaboration with the various chief ministers of the respective states. The Prime Minister recently convened a high-level strategically focused meeting of the various chief ministers of different states along with the senior officials of newly constituted NITI to chalk out the strategic roadmap for the growth plan of the Indian economy.
The intentions and contentions of the new government is very focused, loud and clear. The government wants focused attention, meticulous planning, and thorough implementation of the various developmental plans. The rapid rate of foreign investment shall provide a catalytic boost to the Indian economy apart from enhancing the job opportunities for the aspiring youth of the Indian economy. The government is focused to ensure that the benefits of the various programs must ultimately reach the citizen in all parts of india including rural India.
The series of programs held for “Make in India” has started giving results in terms of increased number of investment interests shown by various industrial houses from different countries of the world. The government has started taking serious note of actions to be taken in the domain area of CSR. The announcement of Swach Bharat Abhiyan and serial actions in this area will go a long way towards making a clean India by 2019.
The Indian economy is gradually moving towards a new era of development and we can comfortably say that the economy is moving towards the next orbit of development.
(Dr Rana Singh is Co-Founder & Executive Editor of IndiaCSR Group. He can be reached at dr.ranasingh@gmail.com)
Download Premium WordPress Themes Free
Download WordPress Themes Free
Download WordPress Themes
Free Download WordPress Themes
download udemy paid course for free
download samsung firmware
Free Download WordPress Themes
ZG93bmxvYWQgbHluZGEgY291cnNlIGZyZWU=
Tags: CSR and Rana SinghDr Rana SinghRana Singh 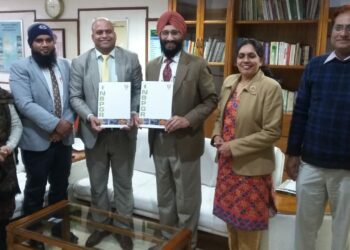