Corporate Governance: Why Infusion of Ethics is Critical for businesses

People, capital and technology are essential to run an enterprise. However, what keeps the various entities together is ethics.

Erosion of ethics has been severe in the past few years. It is not confined to one company, but across the industries. The leaders that once demonstrated vision and created impact on society through their companies somewhere lost their way—and sadly, fell from grace.

A serious introspection is necessary. Maximization of profit should be within the contours of ethics. After all, ethics are a system of moral principles and a branch of philosophy which defines what is good for individuals and society. Why this element was lost in the journey of growth and profit—ironically, by those who were paid handsomely and therefore was expected to uphold it most.

ICICI Bank’s impact during the past 25 years of its evolution is incredible. It has touched different layers of society in India with hope, aspiration and prosperity. The bank invested heavily on information technology since its inception. As a result, one account was enough to operate from any of its branch in India. The usage of ATMs was democratized. A blue-collar worker could be seen drawing cash from ICICI Bank ATM using Hindi language.

While the bank’s customer base grew covering low-income at one end to high income on the other with systems, processes and transparency, the same level of checks and balances were not put in place for its managing director and chief executive officer Chanda Kochhar and the bank’s board members. Kochhar’s annual remuneration was about Rs 7.20 crore—about Rs 60 lakhs per month. State Bank of India’s chief in comparison earned about Rs 30 lakh in a year.

Kochhar is acknowledged for her role in shaping retail banking in India. However, on 4th October 2018 she stepped down from her position following allegations of corruption. The Justice B N Shrikrishna probe panel reported that Kochhar had violated ICICI Bank’s Code of Conduct, following which her service was terminated with all her entitlements and benefits revoked.

It is not an isolated case. The play of greed was observed in Enron, Arthur Andersen, Ranbaxy, Satyam, Volkswagen AG to the recent IL&FS. The whistle blowers played a major role in unearthing many of these scams.

Take the case of Ranbaxy. During 2003-2005, Dinesh Thakur was the Director & Global Head, Research Information & Portfolio Management at Ranbaxy Laboratories, India’s then largest generic drug manufacturer. He was responsible for managing research and development information for generic drug development, manufacturing, and commercial operations. Besides, he executed automated systems to summarize research and development data for global regulatory submissions, compliance, and manufacturing.

While at Ranbaxy, Thakur discovered that the company was fabricating drug data and violating current good manufacturing practices and good laboratory practices. He resigned in 2005 after reporting the fraud to company management, and worked with authorities for eight years to untie the complicated trail of falsified records and dangerous manufacturing practices. In May 2013, Ranbaxy pleaded guilty to multiple criminal felonies and agreed to pay $500 million to resolve criminal and civil allegations of falsified drug data and systemic manufacturing violations resulting in substandard and unapproved drugs. The groundbreaking settlement is the largest of its kind against a generic drug manufacturer.

Volkswagen’s decade-long conspiracy to lie about its diesel cars’ emissions was exposed in 2013 by Hemanth Kappanna and his small team of engineering students in West Virginia. On 22 September 2015, VW AG admitted that 11 million cars worldwide had been fitted with software intended to deceive emissions testing.

The German carmaker has paid $23 billion to resolve criminal charges and lawsuits in the United States, and $33 billion over all. Why did nobody in the German car giant speak out when questions were raised over how it intended to use the engine management software in some of its engines? Two former Volkswagen executives are serving prison terms in the US for their roles in trying to cover up the emissions fraud.

The IL&FS fiasco has brought into focus the audit profession and the alleged involvement of the auditing firms in the debacle. There’s a clamour now for mandatory joint audits to increase choice in the market and thereby drive up audit quality.

Globally, France is the only large economy that stipulates mandatory joint audits. The majority of the large economies that had such an auditing model, such as Canada, Sweden, Denmark and South Africa, have abolished it, primarily because of increased cost and no apparent beneficial impact on audit quality. Besides, the leading economies of the world such as the US, China and the EU have not accepted a joint audit system.

In India, there are cases, where the quality of audit has been questioned even in a joint audit situation. For instance, public sector companies and banks in India go through joint audits. However, these banks have faced several questions around non-performing assets and some high-profile frauds.

It is evident that greed is a bottomless pit. It can be avoided, if people follow ethics. Idealism sometimes is practical too. 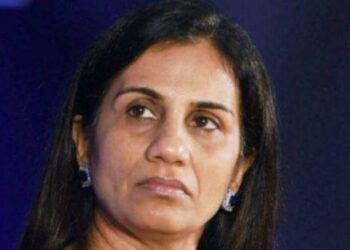 Navigating Risks and Opportunities in a Volatile World