To Preserve and Protect: Tatas Way of wildlife, environment and ecology conservation

The conservation efforts of various Tata companies and Tata Trusts in wildlife, the environment and ecology, and art and culture have spawned multi-hued programmes and projects that deliver tangible results in different regions and among different communities. The article explains where and how these initiatives have taken root. This has been firstly covered in Tata Review, Jan-March, 2017*, for our readers and wider social benefit we are publishing it with due credit to Tata Review. (Editor)

Trees and vegetation and the ecosystem that nurtures them are the  foundation on which the world’s food chain is based, the fuel that allows life on the planet to florish. They are natural carbon sinks creators of oxygen, producers of millions of natural resources and the very lifeblood of human and animal existence. Unfortunately, the environment that allows greens and browns to bloom on the good earth is in peril due to the ravages of climate change and humankind’s insatiable need to consume.

The Tata group and its constituents have for long years been dedicating resources and knowhow in varied regions and geographies for environmental causes — from forestation programmes to greening initiatives, from ecological regeneration to biodiversity protection.

The projects fostered by Tata companies are but a drop in the ocean of endeavour required to undo all the harm we have done to the only liveable world we know. That reality has, far from dimming the efforts of these enterprises, added urgency to their many undertakings in
environmental conservation.

A HUG FOR A HOTSPOT
Tata Power, Maharashtra, India

In the last 30 years, Tata Power has planted in excess of 18 million saplings in the catchment areas around the Walwhan dam and its hydroelectric facilities in the Mulshi and Maval regions of India’s Western Ghats, an environmental hotspot. This initiative has helped rejuvenate the springs in the region and also conserve the local flora and fauna.

Tata Chemicals has created a 150-acre botanical reserve in Mithapur, Gujarat, the site of its soda ash facility. The reserve shelters 21 species of native plants and more than 114 species of other vegetation. It is visited by some 70 species of birds, including threatened species such as the Houbara bustard, the Eurasian hobby and the marsh harrier. The area is also home to monitor lizards, the rare star tortoise, jackals, wild boar and the Neelgai. The company is now in the process of restoring the mangrove cover on more than 100 acres of tidal mudflats in the Mithapur region. Another key project is the rejuvenation of the Mithapur coral reefs (left) in partnership with the Wildlife Trust of India and the Gujarat State Forest Department.

Coral propagation and rejuvenation is an important part of the effort to increase the biodiversity of coral reefs. The Taj Group’s ‘reef recharge’ project began in 2011 as a joint effort by Taj Exotica Resort and Spa and Ocean Dive Maldives to increase coral coverage near the resort and encourage healthy coral growth on the local reefs. The project uses metal frames to spur new coral growth within the lagoon. More than 200 frames have been placed in an area close to the resort called the Coral Garden. The area has already seen an increase in the diversity levels, with plenty more fish and turtles visiting it.

In the middle of the highly urbanised Pimpri-Chinchwad industrial belt in Pune lies the 1,160-
acre Tata Motors plant. Inside the facility, the company has transformed a scrubby barren area into a natural wetland habitat that covers 245 acres.The habitat was planned at the same time as the manufacturing facility. A dam was constructed to conserve rainwater.

The resulting lake now holds about 60 million gallons of water, which help sustain the green cover. Rocks were cut and fertile soil trucked in to enable tree growth. Today, the Tata Motors plant has six water bodies, a marshy area with reed beds, open scrub land and an area with dense tree cover where around 150,000 trees have been planted. The wetland attracts more than 150 species of birds and around 60 types of butterflies. The green oasis in the middle of Pune’s industrial landscape serves as a natural oxygen generator and a safe haven for migratory birds.

The Green Rhinos — an army of 400 schoolgirls — have been supported by Tata Steel Processing and Distribution to help in the effort to save the biodiversity of the Sunderbans area, which has been declared a global biosphere reserve by Unesco. Home to a large population that depends on the region for its everyday resources, the natural ecosystem of the Sunderbans is being degraded. This is being compounded by the effects of climate change. The Green Rhinos have planted 15,000 trees thus far, and are trying to recreate the Sunderbans as an evergreen, unpolluted area where native flora and fauna can thrive.

(*Tata Review, the Tata group’s quarterly magazine, has been in print for over six decades. The magazine features latest best practices and innovation at Tata companies, and views from senior leadership on industry trends and contemporary businesses.) 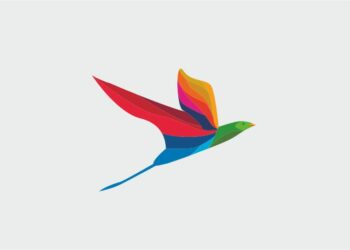 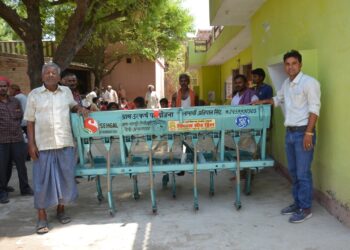 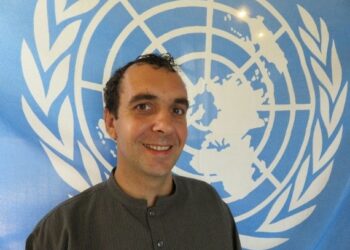 Future of entrepreneurship in India are women 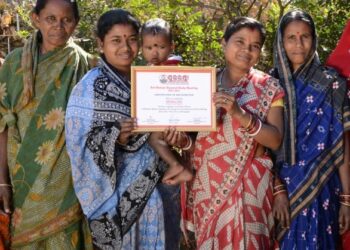