“We are sitting on maybe 1,000 Bhopals,” says Seema Arora in the course of our discussion on corporate sustainability and greener businesses. Arora, an engineer by training with over 19 years’ experience in environmental management and sustainable development, is Executive Director, CII-ITC Centre of Excellence in Sustainable Development, which aims to enable Indian businesses to pursue sustainability goals.

“Sustainability’s a difficult subject, beyond just CSR,” says Arora, adding that it’s about integrating it into the business model itself. Social, economic, ethical and environmental concerns are vital to it. Since the Sixties, communities centred on employment-generating businesses have progressed from being trusting and grateful entities to questioning and suspicious ones as they took a toll on the environs, and now want to be involved in decision-making processes wherever they might affect the quality of life. It’s in the interest of businesses to do that, for trust-building, and communities are great sources of market intelligence.

CII-ITC CESD is working with the Ministry of Environment and Forests to develop public procurement norms to boost sustainability initiatives. By 2013, hopefully, things will be in place. “Soon, it will no longer be the lowest bid that will decide which products the Government will procure,” she says. Factors such as water- and energy-efficient manufacturing processes and the product’s end-of-life use will play a role. “They are a little aspirational so that they push industry to invest in cleaner technologies,” she says. Edited excerpts:

Are companies resistant to adopting cleaner, greener processes?
Large industries more or less quite understand it makes business sense. I must be very honest. At first, they are quite resistant, then they say, it may be good PR. We explain, you can derive much more than PR, there’s a business case for you. I would say quite confidently that large companies see that very fast. They’re able to see that if they invest in it over a period of time, they are going to get many more benefits, tangible and intangible.

For small and medium companies, it’s very different. They get pushed into it if the buyers are keen. Costs are an issue. For them business is the basic driver. So we try to go through the supply chain route. We are working with a very large auto company to green their entire supply chain – 450 suppliers – it involves water, energy, toxics, compliance with law. At first there were no takers and the Chairman said maybe it’s a bad idea but we asked them to give us a chance, we showed them the savings, and the next year, there was a queue. Once they see savings, they are in.

Most of the big companies’ liabilities are imported from the supply chain. This company’s seat supplier had a problem and the learning was that it was vulnerable with key suppliers having so many environmental liabilities.

We also go about sustainability in geographical clusters and even involve the Government in it. In Himachal Pradesh, for instance, in Baddi, in Parwanoo, CII and PCB, we are seeing how we can green them. Because there’s a rating – the PCB has listed 44 critically polluted industrial clusters. We have to make sure their rating comes down otherwise new projects are not allowed, there’s a moratorium. Tamil Nadu’s PCB is trying online air emission monitoring … Technologies and instrumentation of the right kind are important.

Sustainability has moved from being a regulatory issue to a management issue to a business issue (opportunities) to a core strategic issue. It needs to be viewed long-term, not short term, because then it’s seen as a drain.

Innovation is a big part of it. It can be inclusive – not necessarily that which comes out of large labs or large R&D spends – but like the Godrej Chotukool (a low-cost battery-operated fridge targeted at rural customers). We’re working with a large pump company. They’re now starting to evolve a nano pump, solar-powered, for agriculture, and batteries that will store the power when it’s not pumping, which could be used in the farmer’s household – innovation bottoms-up rather than top-down. Engagement with communities is important because they give you the ideas.

What kind of resistance do you face, is it all about cost?
No, they say it’s not relevant to me; how will it benefit me; it will work in that region, not here; my customer won’t accept this kind of thing; community benefit is fine, but what’s in it for me; how will I convince my shareholders … the moment they change the lens and look at it as a core strategic issue they’re able to make a transition.

Can sustainability be a bargaining chip for higher prices, are there takers?
Frankly the market in India’s not so mature right now. We only see it in some of the retail shops, you know, where they have these organic sections … The government should help there. If it says I will only buy, say, environment-friendly paper, the industry has an assured market. Also, consumer awareness has to grow, consumption has to change, it’s a long process but we have to do it.

We’re also working on a sustainability mark, a label, over a period of time, one which companies can apply for voluntarily, which aware consumers will buy. Government endorsement will be very important here, it must enable all this to happen. It tried an Ecomark scheme 15-16 years ago, an administratively cumbersome scheme, it didn’t succeed. It was like an on-off switch, no grading, it wasn’t like a company could go up after being at grade 1 or 2 for a period of time.

But consumer durables, they have the BEE/star ratings …
Yes, that’s a successful example. We work with the Bureau of Energy Efficiency. They’ve educated the consumer alongside through advertising. It’s a graded scheme – the consumer has a choice based on affordability.

There is some advertising for environmentally-conscious products.
Yes, that’s a good way to begin the sensitisation, but what we have to see over a period of time is as a company how am I generating social value, sustainable stakeholder value. There are no metrics to measure how, unlike financial value, where there’s the PE ratio, debt equity ratio, market cap and such.

Ads are a good beginning but shouldn’t be all PR. We have to make sure any kind of statements from the company should be backed by credible data.

Our centre has a sustainability excellence award. Unfortunately, in five years, no company has got the role model award, the highest award there. Companies have gone till the prize level, but nobody’s got the topmost honour. It needs evidence, sustained results over a three-year period.

Sometimes companies slammed for their products and practices take measures to be seen doing the right things. How can they get people to believe it’s more than a publicity exercise?

In situations like this, make a mistake and there could be more damage than gain. The first thing we check for is whether the company’s looking for a PR exercise, or something it can internalise and own. The unfortunate part is some companies first start to make the statements and when there’s a backlash, they scramble to amend it. I must say Indian companies are being careful. They actually want to do the work before they go out and talk about it.

When you say Indian companies, you mean non-multinational companies (MNCs)?
Yes, I mean mostly non-MNCs. See MNCs don’t have, unfortunately, the same kind of requirements Indian companies have under the law, especially if they’re not listed here. The framework that governs them has to be more robust. Of course, some of them are genuine … By Indian companies, I meant companies which are listed here, large companies which are starting to take up this activity, and here I include both public sector and private undertakings. They are very mindful of not making tall claims before they actually implement them. It also comes from a cultural difference, although the MNC staff is Indian, they are pushed by global policies so they don’t have full control over what they do.

We work with several international organisations on developing inclusive business models for emerging markets. We don’t use the words ‘business for the poor’ or ‘pro poor’. This is not the way to work, it is not that they are poor and you are trying to give them something. They are part of your value chain, they’re entrepreneurs, treat them as equals. They’re learning, I would say.

Are there any norms to prevent greenwashing?
We’d like to do an independent sustainability rating of the top 200 companies. Over the next 18 months, we may bring out a list using our own metrics, then we may link this to a sustainability label so that the market can recognise the leaders. There’s a great need for metrics, to make sure which companies actually create value and which companies only talk.

What about movements and protests? Do you think Bhopal could have been avoided if this awareness had come in early? Surely a lot of sustainability efforts are driven by outside pressure?
(Nods) India has a lot of legislation – we’re the most enacted but the least enforced nation. There is also a huge need for companies to take the initiative. They need to be commended. It should go both ways, both the good and bad need to be identified (to set examples). This can speed up the whole thing. What we haven’t done is give equal weightage to voluntary initiatives. We have done a lot on legal framework, which is required, otherwise people won’t do the minimum, but alongside, it’s got to be driven by the market forces.

As for outside pressure, large companies are being watched. They realise they’re living in a resource-constrained world, that they cannot just use water, mines, land … they’re realising.

Do you have to appeal to the fear element?
Yes, sometimes. Earlier we used to focus more on the risk, increasingly it is the opportunity.

What are the benefits of sustainability?
Multiple! We have to be not shy to say it makes business sense. New markets –  such as the ones for Godrej Chotukool, ITC’s farm forestry initiative, e-choupal. Then, the trust that they build among communities; reduction of costs; a healthy workplace – we are sitting on maybe 1,000 Bhopals and we don’t know that. For the IT companies, it’s employee retention – at interviews, the younger generation … some ask them what they’re doing to reduce their carbon footprint; if you’re an Indian company going global, access to financial capital overseas is linked completely to performance sustainability – look at Tata and Jubilant (acquiring companies abroad), it’s much easier if companies are perceived as sustainable. 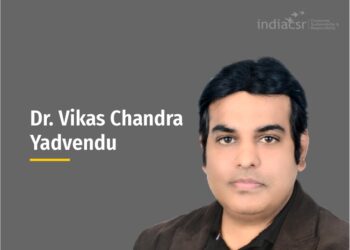 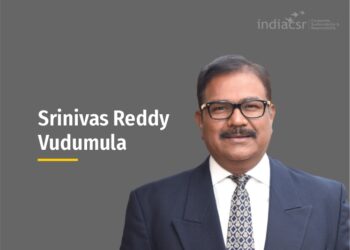 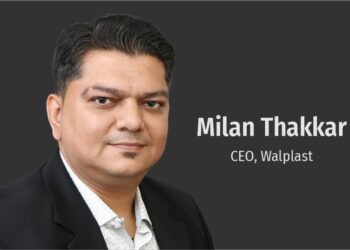 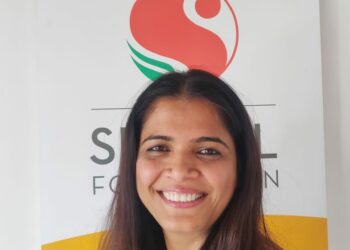 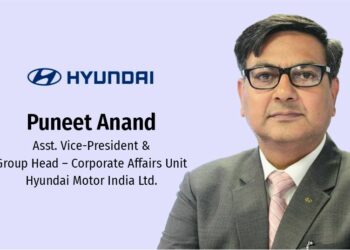