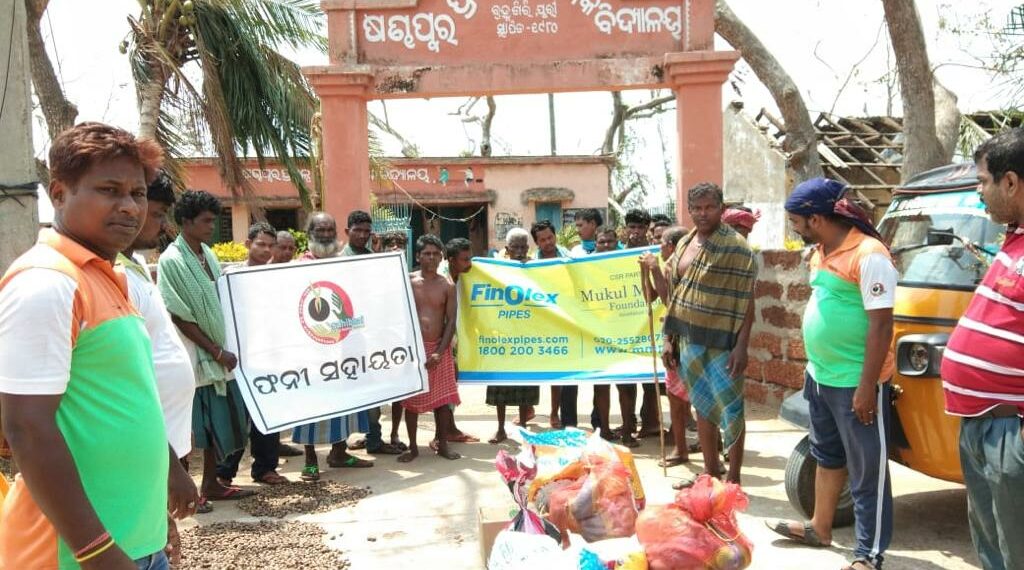 MUMBAI: Finolex Industries Limited, India’s largest manufacturer of PVC Pipes & Fittings and its CSR partner Mukul Madhav Foundation, a Public Charitable Trust, has pledged its unabridged support to the relief work of Cyclone Fani in Odisha. Many have lost their homes and daily livelihood due to the severity of the cyclone.

To comfort and support the people who have been distressed from the aftermath of the cyclone, Finolex Industries Limited and CSR Partner Mukul Madhav Foundation planned for relief and restoration work. They will be donating food supplies along with other utilities in some these affected areas.

In the wake of the disaster, Finolex will be providing 1000 meals a day and drinking water along with other necessities for the affected families. These activities will be carried out in primarily affected locations in Puri, Khurga and Cuttack – Banki Muhana Basti, near Mayfair Hotel & Gadi Khana Basti, near Mochi Sahi.

Ritu Prakash Chhabria, Managing Trustee, Mukul Madhav Foundation said, “The Cyclone in Odisha has truly been a testament of the human spirit during demanding times. It has been one of the most devastating cyclone that India has sighted in past 20 years. Though, this time the government has taken proactive measures to mitigate the damage. It has been an irrefutable and unanimous decision by our company to come forward and provide resources to the best of our capabilities to help out the affected people at this hour of distress.”

“The fundamental philosophy of Finolex has always revolved around the betterment of society and in times of need such as this calamity, our aim is to provide support and come forward to reduce the plight of those affected.”, statement said.