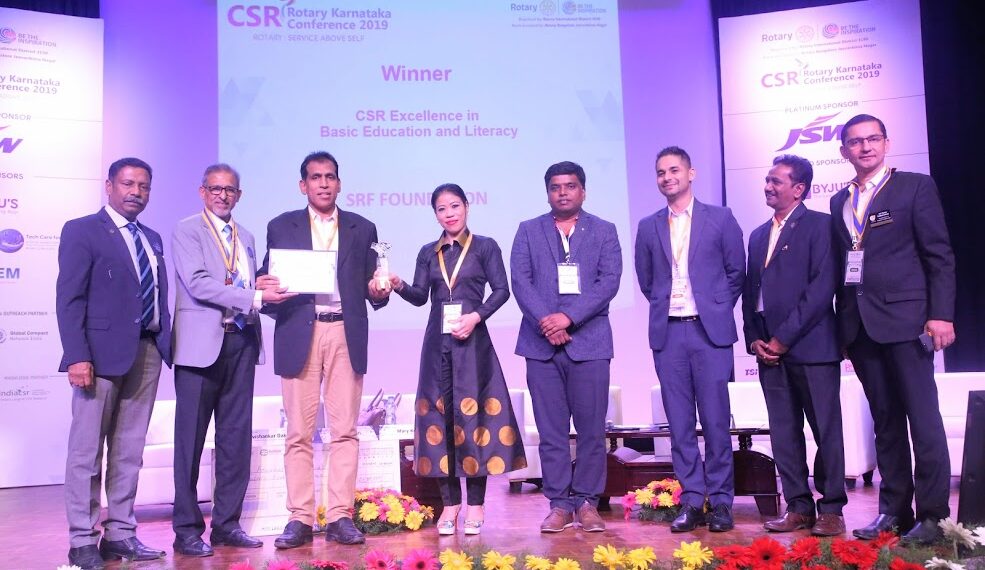 BANGALORE: At a glittering function today, Rotary recognised eight corporates who have contributed to making the world a better place because of their magnanimous Impact in our State thru CSR initiatives. Member of Parliament, Ms. Mary Kom, 6-time world amateur boxing champ gave away the awards.

She spoke about how the much-needed help from the corporates makes a huge difference not just to individuals specifically but to the society at a macro level. Using her own life as an example she said that because of such contributions from corporates the sports world is much more competitive in the world.

This is the second year in a row that Rotary district 3190 conducted this C S R program. This year the event was held at the FKCCI auditorium. Rotary District Governor Rtn. Suresh Hari acknowledged the phenomenal contribution of all the corporates irrespective of the financial amount spent.

He continued saying that we at Rotary International District 3190 always have community service at the core of our DNA and would like to recognize all the corporate citizens who are doing their mite towards this objective. Rotary is a global network of 1.2 million neighbours, friends, leaders, and problem-solvers who see a world where people unite and take action to create lasting change – across the globe, in our communities, and in ourselves.

Conference chairman Rtn. Abhishek Ranjan, who is a stalwart in the CSR forum himself, said that focus of the conference is to ideate on the real world challenges, create a road map for the future and to celebrate the contribution made by various stakeholders towards community service in various verticals. The conference was anchored by Rotary Club of Jeevan Bhima Nagar and had 5 interesting panel discussions.

Rtn. K. Ravi, who is past president of FKCCI said that over 60 companies participated and it was very difficult to choose the winners.

Rtn. Anil Kumar Radhakrishnan, President of Rotary club of Jeevan Bhima Nagar, said solving real problems takes real commitment and vision. For more than 110 years, Rotary’s people of action have used their passion, energy, and intelligence to take action on sustainable projects. From literacy and peace to water and health, we are always working to better our world, and we stay committed to the end.