The plaque and certificate for the achievement has been handed over today by IGBC to Mr. Douglas Webster, COO-DIAL and Roy Sebastian, VP- Project and Engineering, during the 14th Green Building Congress, 2016 organized by IGBC in Mumbai.

IGBC, a part of the Confederation of Indian Industry (CII), was formed in the year 2001 with a vision “to enable a sustainable built environment for all and facilitate India to be one of the global leaders in the sustainable built environment by 2025”. The Green Building Congress being organized by IGBC is India’s largest annual conference and exhibition on Green Buildings and Built Environment.

The state-of-the-art Terminal 3 of IGIA – adjudged as world’s number one airport in its category twice in a row – has become the first Platinum rated green terminal building under Green Existing Building O&M Rating System by IGBC. This is another significant environmental achievement by IGIA, after being accredited as the first Carbon Neutral airport in Asia Pacific recently by Airports Council International (ACI). The integration of building concept from designing to operation of all the infrastructure of IGIA is one of the major driving forces in achieving the “Carbon Neutral” status. Terminal 3 was also the first LEED Gold certified terminal building in India under New Construction category.

I Prabhakara Rao, CEO-DIAL, said, “We are proud to achieve the Platinum rating by IGBC for Terminal 3, as the IGBC rating is one of the best known green building rating systems in India. Achievement of this rating within a few days of becoming Asia-Pacific’s only Carbon Neutral airport reinforces once again our commitment of achieving sustainable solutions for Aviation Climate Change mitigations. It is a true acknowledgement of our sincere efforts to be environment-friendly. Right from inception of Terminal 3 construction, DIAL had adopted a proactive approach towards environment friendliness.”

“The primary focus of the design team at T3 was promoting energy efficiency and improving environmental quality. T3 is designed to be a model for passenger-friendly and environmentally responsible airport facilities,” he added.

The main objective of IGBC Green Existing Building O&M Rating System is to facilitate implementation of green strategies and action plans in buildings, measure their impacts and sustain the performance of buildings with respect to the green features. The rating system uses well accepted National and International standards and benchmarks for assessing the performance of the building in five parameters- site and facility management, energy efficiency, water efficiency, health & comfort and innovation.

The energy efficiency measures implemented in IGIA has been registered in UNFCCC as Clean Development Mechanism project. DIAL has also set up 7.84 MW solar power plants to reduce GHG emission. Going forward, in line with Government of India’s focus on increased use of renewable energy, DIAL has planned to increase the total solar power capacity to 20 MW by 2020.

The various environment friendly initiatives implemented in IGIA have resulted in significant reduction in specific energy and specific GHG emission by more than 50% in the last 5 years. Specific water consumption and waste generation also shows similar decreasing trends due to implementation of green building concepts in the airport.

During May 2016, IGIA also became one of the few Indian airports to achieve the prestigious “GreenCo Platinum Rating” from CII for the environment friendly initiatives implemented throughout the airport. IGI Airport is the first Airport in the world to be certified for ISO 50001:2011. This airport is also certified for Environment Management System (ISO 14001:2004). Delhi Airport has won numerous awards and recognitions including National Award for Excellence in Energy management – 2015 by CII-Green Business Center, Golden Peacock Environment Management Award and Golden Peacock Sustainability Award – 2015 by Institute of Directors for its exemplary performance towards environmental sustainability initiatives. 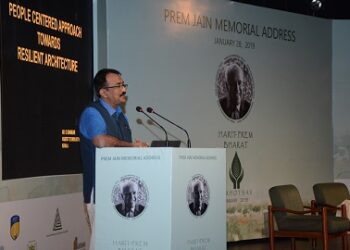